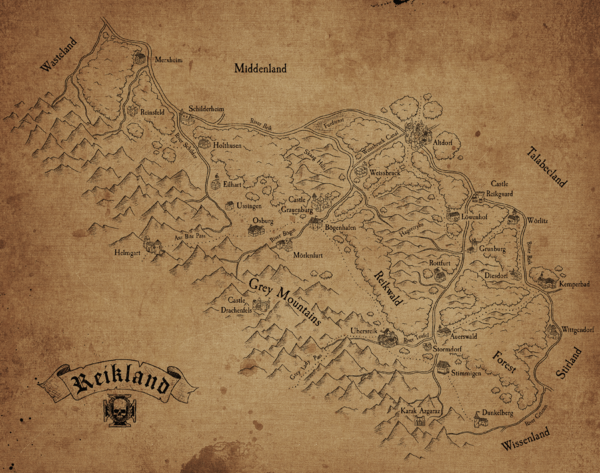 The Grand Principality of Reikland is a location in Vermintide.

Ubersreik is located in the Reikland which is the most important state of the Empire of Man, as it hosts the imperial capital of Altdorf, as well as the Crown Prince of Altdorf himself, the Emperor. This state hosts the city of Ubersreik, which is the setting of Vermintide, which takes place during The End Times year of 2523 I.C.