Olesya Pimenova will play a pivotal role for the heroes of Ubersreik during the Skaven invasion,  acting as a mission handler and getaway vehicle driver for the party.  When the mission objectives are completed, she will be there, waiting by her coach or a ship, to brisk the heroes away from further danger.

She is terse, fierce, and has no patience for time-wasters or cowards. She's an indestructible old woman who wouldn't think twice about staring down a rat ogre, if one was unlucky enough to cross her path.

Olesya’s not so infirm as she looks – although she plays up her age around Lohner, the Inn Keeper – and will quite happily crack open skaven heads if the situation calls for it. Her knowledge is surprisingly wide-ranging, although she seldom gives advice unless it’s crucial. 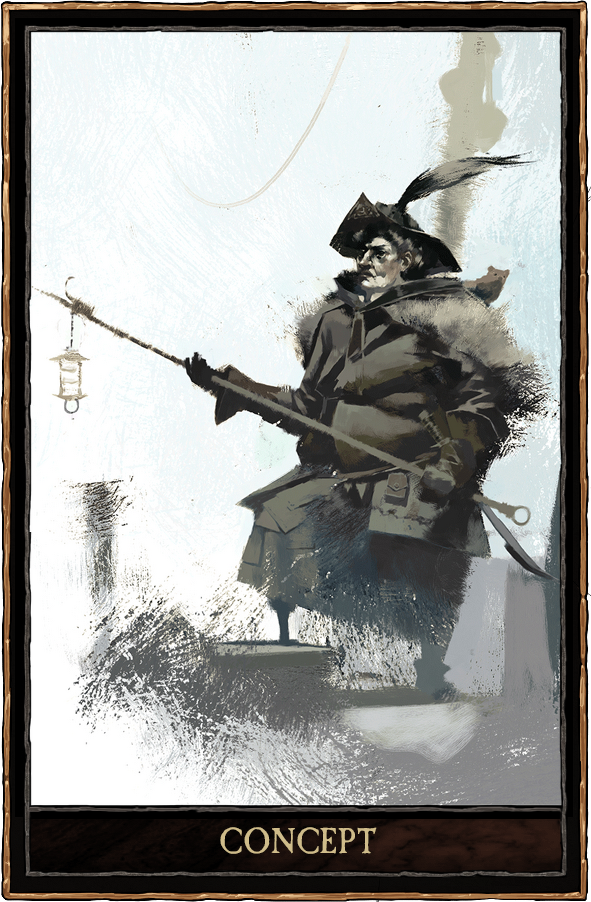 As her name implies, the Olesya Pimenova is not a native of the Empire, but hails rather from icy Kislev - the land of the horsemasters that lies across the river of Lynsk. She is one of the dockside’s familiar sightss, a seemingly indestructible and age-worn woman. Everyone knows of Old Olesya, but few know anything about her. Her accent gives her away as a foreigner, but strange accents are far from rare in bustling Ubersreik.  Rumours are as always rife, however, and far fetched tales have been spreading across town, claiming that Olesya’s either a hedge wizard, a noble on the run or a chaos cultist, or all of the above.

To most in Ubersreik, Olesya is simply the woman who’ll get you safe across the river, provided that you’re careful with your manners and ready with your coin. To a few, she is a valuable smuggler’s contact, reputed to know every bolt-hole, hidden waterway, and poorly-guarded watch gate on both sides of the river. Almost no one suspects that her aged body conceals a mind as hard and cold as ice.